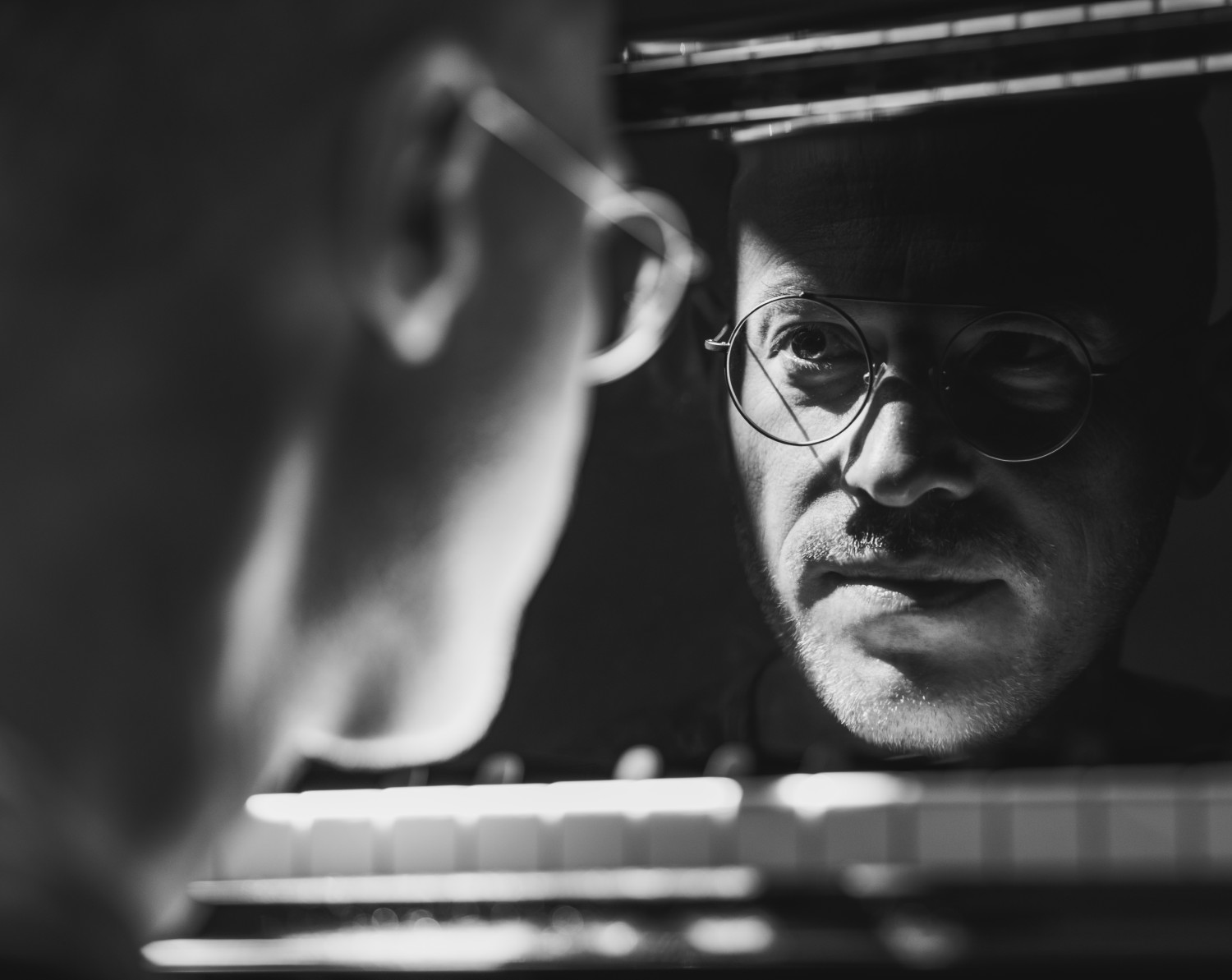 György Kurtág is one of the great musical personalities of the twentieth century and his presence has influenced several generations of composers . A completely original figure , unknown in the West until the eighties when he was discovered by Pierre Boulez and Luigi Nono, who deeply admired him. His artistic career is littered not only by extraordinary meetings with musicians, but also with great international figures of art and culture. Difficult to define and delimit, both musically and stylistically, the phenomenon Kurtág . Constellation K. intends to chart a path in his poetry articulating it in 5 different points of light, ideal planets of a fantastic cosmology, each one corresponding to an intimate sphere of his biography and his sensitivity. On the occasion of the ninetieth birthday, 5 great contemporary composers, related to Kurtág by friendship and spiritual community, contributed to the definition of this path. By his great friend and companion of musical adventures, Peter Eötvös, his compatriot László Sáry, his alter ego Howard Skempton, the eclectic Lukas Ligeti, up to the Japanese composer Toshio Hosokawa. They each wrote a piece linked to one of the many sources of inspiration of the Hungarian composer: Games will represent the cheerful part, represented by the collection of piano pieces entitled Játékok; Hoquetus propose an excursion into the world of counterpoint, rhythm and Hungarian roots; Ars brevis will focus on the aesthetics of the fragment so brilliantly explored by Kurtág; Letters to the wind will reap a number of personal messages and dedications to living and non-musicians; Flowers we are… will focus on the roots of his romantic aesthetic and on the nostalgia of passing time. A fundamental part of the project, therefore, will also dialogue with the music of the past, of which Kurtág is an expert and passionate conneisseur, from Machaut to Bach, Schumann to Schubert, through Beethoven’s Bagatellen, right up to the great twentieth-century references Janácek and Bartók, but also Olivier Messiaen and Ligeti . So music, but also literature and poetry: Franz Kafka and Attila Jozséf, Goethe, Rimbaud, Beckett. All these names are connected to Kurtág’s world. The program will be made ​​dynamic by the alternation in different combinations of the instruments from solo to trio, and will make use of dramaturgy and staging specially designed for Constellation K by director Pietro Babina in what aspires to be a real initiatory journey into a magical world of discovery and sound poetry.